Well, this is the first post of 2016 so you may well think that I have been rather idle. You would probably be right but I have been doing a lot of reading about the benefits and mechanics of CNC. I was using the mill and winding the handle for what seemed like hours and thought it would be easier if this was motorised. So I read up on power feeds and that let on to full automation. Whilst there would be a serious learning curve, CNC would without doubt be useful and in the long run quicker.

There are several routes to take: Buy a new CNC mill, Tormach or similar; Convert my existing mill; Get a new mill and convert that or go down the self build router avenue. I quickly decided that a new CNC mill was way out of budget and was initially keen on the router idea and spent some time designing something that coud be built within the limits of my current equipment. Most of the time was taken with remembering how Geomagic Design worked as I don’t use it that often. Converting the current mill I ruled out as it is I think too small and besides I would probably need a mill to modify the mill. Thoughts at present are focussed on buying a new larger mill and converting that. This of course is a decision that might take years!

I have also been tweaking the website a bit. Mainly removing redundant CSS from the stylesheet and altering the menu somewhat. Hopefully I havn’t broken anything. I have also added more links and fixed or removed a few broken ones. 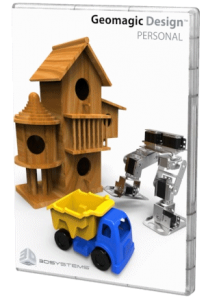 I have been using Alibre for my drawings for some time, the learning curve is pretty steep and on an expertise scale of 1 to 10, I am still firmly at 1 or thereabouts! The latest version for 2013 has been renamed Geomagic Design following the purchase of Geomagic by Alibre’s parent company 3D Systems. There are a number of new features and some tweaks to the interface. There are different versions of the program with Geomagic Design Personal being the entry level that I have. Not all features are available in the Personal version but it is probably the most suitable for the home user and definitely the most affordable. There are plenty of free tutorial videos available and a useful users forum so the new user is well catered for. All you need is a brain slightly less fuzzy than mine…

UPDATE April 2015 – 3D Systems have now decided not to support Design Elements any longer and wanted a whole heap of cash to upgrade to the next higher version. I will keep on with what I have until it no longer functions. Can’t afford lots of pension money for something I don’t use that much!